As the dust generated by the conduct of the 2021 Unified Tertiary Matriculation Examination (UTME) is beginning to settle, the Joint Admissions and Matriculation Board (JAMB) has declared that the realistic figures of candidates register for the examination stand at 1.5 million. 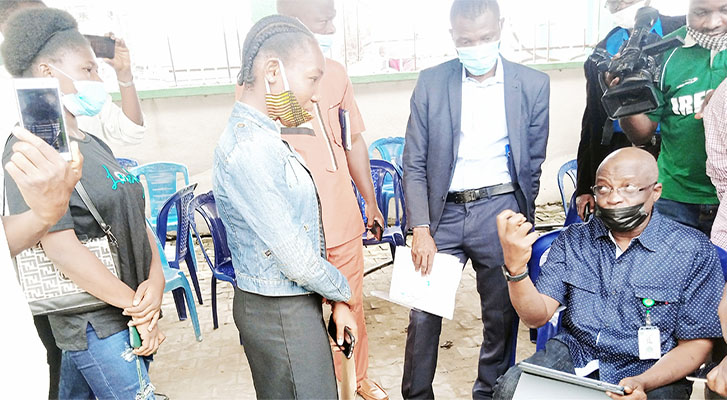 The Board Registrar, Prof Is-haq Oloyede, in a presentation before the Senate Committee on Education, Basic and Secondary, on Monday, 12th July 2021, argued that despite all the extensions and the directive, even candidates without NIN should come for capturing, 1.5 million represented the realistic figure of candidates that registered for the 2021 UMTE.

Checks by Daily Independent revealed that a total of 1,493,604 million candidates sat for the UTME in 2011.

The Registrar attributed the over-bloated figure of 2.2 million recorded in 2020 to multiple registrations which, of course, the Board effectively addressed in the 2021 UTME test through effective monitoring.

In stewardship, particularly with regard to the recently-conducted 2021 UTME, the Registrar, Prof. Is-haq Oloyede listed challenges militating against the successful delivery of some aspects of the Board’s operations.

Oloyede in Jambulletin enumerated the myriads of challenges that his leadership had to contend with in the course of delivering world-class UTME in the past five years.

According to him, examination malpractice, indiscipline, and some parents’ intrusive nature of trying to circumvent established norms in connivance with some elite schools remained the major challenges confronting the Board.

He said, “Our challenge remains examination malpractice, especially about some parents whose children are in some of these elite schools would go to any length to compromise the system.

He said, “Several times my staff have had cause to pay to the government accounts inducements given to them by these parents for them to compromise the process.

“There is also this aspect of some tertiary institutions which admit candidates by circumventing Federal Government’s policy guidelines on admissions. At the end of the day, after admitting candidates outside the prescribed policy guidelines, they put pressure on those students when graduation is imminent to come back to the board for what they call ‘regularisation’.”

He alleged the dubious challenges from some Computer-Based Tests (CBT) centres involved in aiding and abetting examination misconduct, saying the Board did not leave any stone unturned to rid the system of these bad eggs.

In the same vein, he decried the activities of some security personnel attached to some centres, who during the 2021 UTME, allegedly smuggled professional examination writers and candidates into some examination halls.

He said, “Unfortunately, for these candidates, even after they dodged the verification process where, of course, the system would have identified them through their details, the CCTV cameras inside the examination hall immediately zeroed in on them and we were able to apprehend them.

“That was when some of them confessed to their heinous deeds and revealed that their parents had given the security operatives money to let their ‘mercenaries’ in while a few asserted that they had bribed their way in themselves.”

Prof. Oloyede was, however, upbeat as these challenges and many more had been mostly resolved with the introduction of the National Identification Number (NIN).

He lauded the introduction of NIN in its 2021 UTME exercise, which he said, had successfully flushed out ‘fake candidates’ from the examination process and greatly curtailed incidences of examination malpractice and impersonation as the 2021 exercise has the least number of malpractice cases ever recorded in the history of the Board.

However, the senate committee had during an oversight visit to JAMB office, hinted that it would pursue with vigour, the amendment of the law establishing the Board to address the preponderance of underage candidates sitting the Unified Tertiary Matriculation Examination (UTME).

Besides, the Vice-Chairman of the committee, Senator Akon Eyakenyi, represented by Sen. Ibrahim Gaidam said the committee in its resolve emphasized it would ensure that a candidate taking the UTME or applying through DE for admission is 16 years and above.

Senator Eyakenyi said, “Our work is that of making laws, to legislate; we have identified two major areas that we need to go into the process of amending the Act establishing JAMB to address these two areas and these are the area of support we will give.”

“JAMB, as the bridge between secondary schools and the university, is a crucial factor in the delivery of quality and standard education in Nigeria. If the products from the secondary schools are not mentally prepared for tertiary education, then you, definitely have a problem.”

I Couldn’t Get A Job After NYSC – Obi Cubana

I Couldn’t Get A Job After NYSC – Obi Cubana

FUGUSAU notice to staff and students