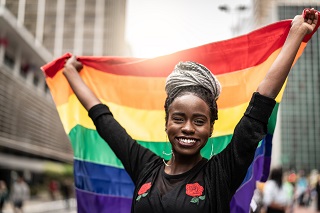 The 1960s was a period of time in the US which was characterized by anti-LGBTQ legislation. In fact, it was illegal in most states to have any kind of same-sex relations and as a result, LGBTQ people faced intense discrimination in everyday life. In the early morning hours of June 28th, 1969, police raided a popular gay bar in New York City called the Stonewall Inn. Patrons and employees were brutalized and arrested by the police just for being present at the bar. With tensions rising because of previous raids and the death of actress Judy Garland happening just days before the incident, patrons and bystanders decided they had enough. The raid sparked a riot against police that is widely seen as a turning point for the gay liberation movement in the US and throughout the world. Today, the month of June is LGBTQ Pride Month in the US. While this year, Pride Month events have been canceled due to the pandemic, you can still celebrate by learning history whether you are a member of the LGBTQ community, an ally or just someone who wants to educate themselves. Here is a list of 8 prominent LGBTQ activists from around the world that you should know about: 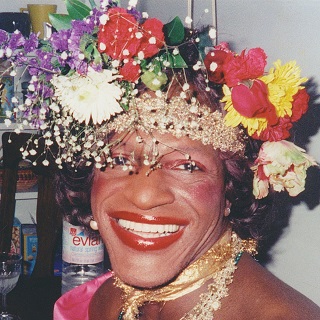 Marsha “Pay It No Mind” Johnson was a transgender woman, drag queen and a well-known activist during the gay liberation movement in New York City from the ‘60s to the ‘80s. She was known for having a ‘take no prisoners’ attitude and for being a founding member of the Gay Liberation Front and S.T.A.R. (Street Transvestite Action Revolutionaries). In the late ‘80s she joined ACT UP, an AIDS activist group. She is often credited for throwing the first brick that started the Stonewall Riots, however, historians say this is not true despite her presence and key contributions to riots at Stonewall that morning. Nonetheless, her activism was crucial in the progress of the gay liberation movement and still impacts LGBTQ people to this day. There are multiple documentaries based on her life, including The Life and Death of Marsha P. Johnson which is streaming on Netflix. 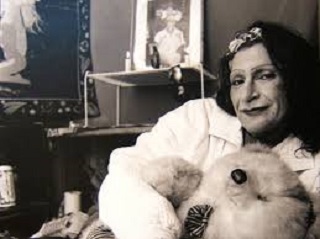 Image from An Historian Goes to the Movies

Rivera was a transgender woman, drag queen and activist of Venezuelan and Puerto Rican descent known for working alongside Marsha P. Johnson as a co-founder of S.T.A.R. The two were very close friends and worked together to push the Gay Liberation Front to the mainstream, specifically advocating for the rights of people of color and transgender people. She was also present at the Stonewall Riots. 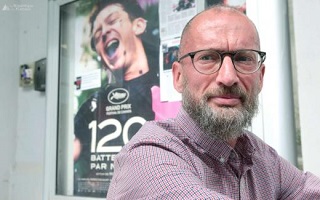 Letrade is a gay author and activist who found out in 1986 that he was HIV positive. His positive diagnosis inspired him to found the first chapter of ACT UP (the AIDS Coalition to Unleash Power) in Paris, France. The organization was known for its unapologetically forceful demonstrations that demanded the government take action to stop the AIDS crisis. His work was part of the inspiration for the 2017 film 120 battements par minute (120 Beats Per Minute) which won the Grand Prize at Cannes film festival that same year. 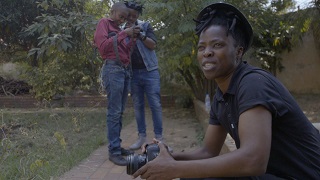 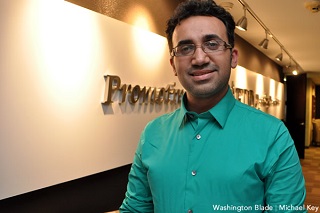 Parsi is an Iranian gay activist who refused to live in secret despite homosexuality being illegal in Iran. His activism resulted in him being exiled but he now lives in Canada where he founded the Iranian Railroad for Queer Refugees. He has helped more than 1,000 people seek refuge. 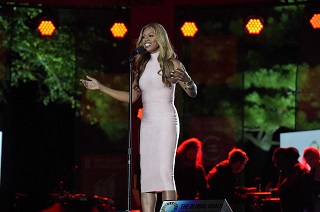 Cox is a transgender actress best known for her role as Sophia Burset in the Netflix original series Orange is the New Black. The role earned her an Emmy nomination in 2014 making her the first openly transgender person nominated for an Emmy. She is an advocate for trans rights, specifically for the rights of trans women of color and her work has opened doors for many other transgender people in Hollywood. 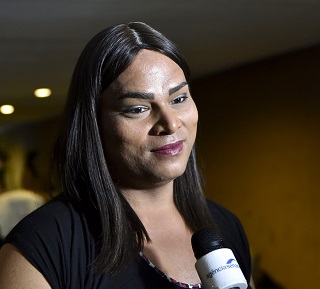 Salvador is a transgender woman and activist known for speaking out against acts of violence against LGBTQ people in Brazil. She is a member of the Metropolitan Community Church of São Paulo and identifies herself as “the first transgender shepherd of Latin America”. She is also the first trans person in Brazil to adopt a child. Her work has revolutionized the way that the LGBTQ community and the Church in Latin America interact with each other. 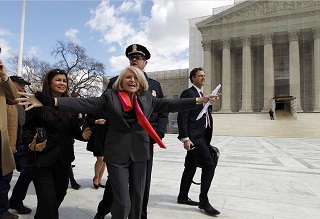 Windsor is known for being the plaintiff in the 2015 Supreme Court case that ruled same-sex marriage a constitutional right in the US. Windsor married her long-time partner Thea Spyer in Canada in 2007 where same-sex marriage was already legal. When Spyer died, she left her estate to Windsor. But Windsor became frustrated after finding out that she would have to pay much more than anticipated in estate taxes because her marriage was not recognized by the US government. She first took her case to the Supreme Court in 2013 and came out on top in the historic ruling.

This entry was posted on Friday, June 5th, 2020 at 5:10 pm and is filed under Activism, History, International Education, International Student, LGBTQ, LGBTQ Pride Month, Pandemic, Social Life, Study in the USA. You can follow any responses to this entry through the RSS 2.0 feed. You can skip to the end and leave a response. Pinging is currently not allowed.

Connor joined InternationalStudent.com in November 2019. He received his Bachelor’s of Science degree with a major in Information Communication & Technology at Florida State University in Spring 2019. Having recently completed his undergraduate higher education, Connor has a fresh perspective on how the process works and is passionate about helping international students through it. His background includes customer service, social media, and video production.

Other posts by Connor Blay