A Court of Appeal sitting in Jos has affirmed the annulment of the expulsion of Victor Alom Oboh, a 300 level student of the Abubakar Tafawa Balewa University, Bauchi which was given by the Federal High Court, Bauchi on May 17, 2018.

The student who was allegedly accused of examination malpractice had filed a suit against the University in 2013 and got a judgment in his favour which nullified his expulsion and ordered his reinstatement, plus a damage charge of 1 million naira. 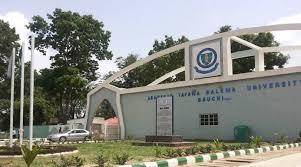 In a bid to change the decision, the University approached the Appeal Court to challenge the decision on June 1, 2018. The student, however, got a ruling, upholding the decision of the Federal High Court and dismissed the appeal.

The Appeal Court further directed the University to promptly reinstate Mr Oboh and granted the sum of N100,000 in addition to the N1 million earlier awarded by the lower court as damages.