Ex-JAMB Registrar to be remanded in prison over N5.2b fraud

Ex-JAMB Registrar to be remanded in prison over N5.2b fraud

A Federal High Court sitting in Abuja has ordered for the immediate remand of a former registrar of the Joint Admission and Matriculation Board (JAMB), Professor Adedibu Ojerinde over an alleged N5.2b fraud.

This comes more than a year after the Independent Corrupt Practices Commission (ICPC) charged the former boss on an 18-count charge bothering on corruption in the diversion of public funds estimated at over N5.2billion while he served as the Registrar of the National Examination Council (NECO) as well as being in possession of ”excessive properties”. Read here. 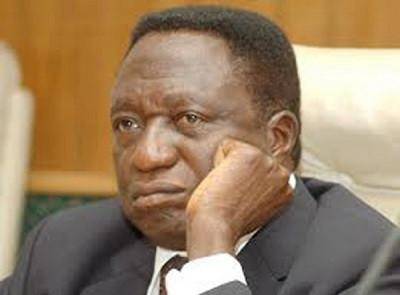 In one of the charges, Ojerinde was alleged to have awarded contracts for the supply of pencil and eraser at the cost of N450 million each, to Double 07 Concept Limited and Pristine Global Concept Limited, respectively, between 2013 and 2014 while heading JAMB. According to the ICPC, there is no evidence to show that the items which are examination materials were supplied as the contractors cannot be found.

The presiding judge, Justice Obiora Egwuatu in a ruling today, Tuesday, July 6, ordered that Ojerinde be kept in a correctional facility pending the hearing of his bail application, scheduled for Thursday, July 8.