The Minister of State for Education, Chukwuemeka Nwajiuba has faulted the Academic Staff Union of Universities (ASUU) request for more funds. He said the union’s fondness for embarking on industrial actions was pushing students to study abroad and to private universities.

Nwajiuba stated this in Abuja on Wednesday, adding that the union’s claim that the education sector was not adequately funded is not tenable because no sector in the country was getting enough money. 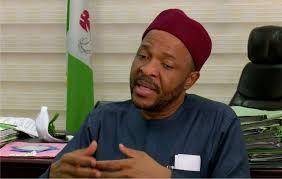 According to him, N671.1bn was earmarked for education in the 2020 budget and the bulk of the education budget was being used to pay 10,500 professors, out of the 71,000 lecturers in Nigeria. The Education Minister further admonished ASUU to cooperate with the government and other Nigerians to fix the economy.

Reacting to the minister’s statement that the bulk of the education budget was being used to pay professors, ASUU’s national president, Prof. Biodun Ogunyemi told the Minister to try ignorance if he thought education was too expensive.

While denying allegations that lecturers were spending money meant for others, Prof. Ogunyemi berated the minister for condemning the union’s strike, adding that Nigerian lecturers are the least paid in the whole world.

In his words, the ASUU President said “The truth is that everywhere you have seen innovation, invention and development, they invested in education and still investing in education. If any government official thinks that because they are investing in education, they should make life difficult for university lecturers, then they are preparing the ground for the collapse of the country,”

The Federal Government had earlier directed all educational institutions to resume on as the spread of COVID-19, which necessitated the shutting down of the schools had reduced. However, the union through its Chairman, Prof Biodun Ogunyemi has replied that members would not resume because they could not work on an empty stomach.

Recall that the union began an indefinite strike on March 23 following their disagreement with the Federal Government over non-implementation of 2009 agreements and opposition to the Integrated Payroll and Personnel Information System (IPPIS), which government insisted all workers must adopt.