The Minister of Education, Mallam Adamu Adamu has revealed the federal government plans to introduce a new National Policy on Science and Technology Education (S&TE).

The policy is a result of the National Council on Education meeting in which recommendations were made for the review of the S&TE curricula. This was made known via his representative, the Minister of State for Education, Emeka Nnwajiuba in Abuja, stating that the plan was projected at enhancing skills in science and technology among students. 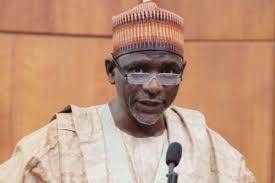 The policy redirection was a fall out of a recent meeting by the National Council on Education which recommended the review of the S&TE curricula.

He said given the critical importance of science and the acquisition of technical and vocational skills as tools for driving national growth and development, the absence of a road map has slowed down the pace of Nigeria’s quest for technological achievement.

Permanent Secretary of the Education Ministry, Sonny Echono noted that observed gaps and poor synergy among stakeholders had hindered the optimal development of the sector.

He said the new policy document was multi-sectoral in nature and has both institutional and human capacity building linkages between schools and communities.