Abubakar Gana, the former Acting Registrar of the National Examinations Council (NECO), has been alleged of diverting the sum of N368, 875 million of the June/July 2018 Senior Secondary Certification Examinations (SSCE) registration fees.

President Muhammadu Buhari had in May 2018 appointed Gana as Acting Registrar of the examination council following the suspension of Charles Uwakwe for various offences related to financial misconduct. 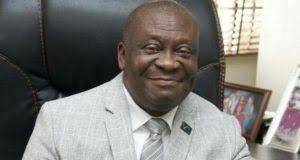 Reacting to this allegation, Gana has refuted the claims, adding that the misappropriation was carried out five months before his assumption into office. He maintained that the irregularities were discovered during the administration of the former registrar.