The Imo state police command has arrested one Christopher Obilor, a Higher National Diploma (HND ) student of the Department of Biochemistry, Federal Polytechnic Nekede, alongside his gang member for suspected armed robbery and cultism.

According to a statement released by CSP Michael Abattam, spokesperson of the state police command on July 9, the command’s tactical team while acting on an intelligence report, stormed the hideout of the suspect at Nekede Polytechnic Road Owerri, Imo State where he was arrested. 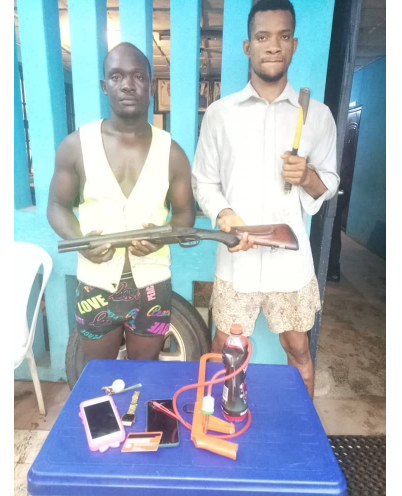 Following his arrest, Obilor led the police teams to the house of his accomplice who sold the gun to him at No.8 Naze road Umuoma in Owerri North LGA of Imo State where 27-year-old Ebere Michael aka “Dede”, of Agbaje Ehime Mbano LGA of Imo State was arrested.

The statement added that an investigation is ongoing and efforts are on top gear to arrest the remaining members of the syndicate.

UNICAL Begs Its Graduates To Come For Their Certificates