The Joint Admissions and Matriculation Board (JAMB) have apprehended a police constable identified as Etim Israel for allegedly engaging another person to sit for the 2020 Unified Tertiary Matriculation Examination on his behalf.

The Constable attached to the Akwa Ibom State Command was said to have registered for the exam with his name while the impersonator used his picture and other biometric details to sit for the exam. 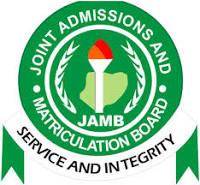 According to Etim Israel who was said to have applied to study Fishery at the Akwa Ibom State University in the 2020 UTME, he paid N30,000 to engage the services of the mercenary (a teacher), one Emmanuel, said to be on the run, to sit for the examination as he was away on special duties.

After scoring over 240 in the exam, he was said to have decided to commence the admission process but couldn’t sail through because of the disparity in the photograph. The difficulty was said to have prompted him to visit the JAMB office for correction but landed him in trouble.

Reacting to this, JAMB Registrar, Prof Ishaq Oloyede said JAMB introduced the taking of candidate’s pictures who claim they could not be verified and compares the new picture with the one in their database. As a result of this innovation, only very few cases of impersonation were recorded compared with the number in the past.

Prof Ishaq Oloyede further maintained that Israel would be prosecuted in accordance with the law.