The Nasarawa State House of Assembly Committee on Education, Science and Technology investigating students’ unrest at the Isa Mustapha Agwai Polytechnic, Lafia, has said that 38 facilities worth N21.5 million were destroyed by the students.

Recall that the students protested the alleged closure of the School Portal and hike in school fees by the management of the institution on March 11.

The committee said that prior to the assumption of the new management, there was corruption, mismanagement and siphoning of school fees among workers of the polytechnic.

“And the new management came with a laudable idea of blocking revenue leakages by developing a new portal for the payment of school fees, the printing of examination cards and other academic activities. 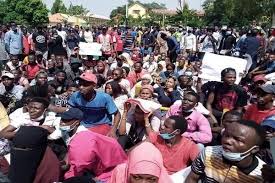 “Contrary to the insinuation in various quarters that the crisis erupted as a result of the closure of the new portal and school fees increase,

“the portal remain opened and based on Credit Bureau System (CBS) report, 186 students paid their school fees while the crisis was on,” he said.

The committee also recommended that the management of the institution should not hesitate, henceforth, to sanction both current and graduated students. 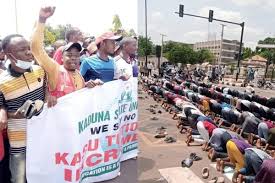 The committee said they constituted a threat to its existence by withdrawing them or their certificates in compliance with relevant laws establishing the polytechnic.

“The old ICT staff should be re-deployed to other departments and qualified staff, who are knowledgeable on ICT be re-deployed and subjected to training on the workings of the new designed portal.”

The committee also recommended prosecution of all those that found wanting in the crisis both students and staff to serve as a deterrent to others.

The rector of the institution however dismissed the allegations as false.

NAN also recalls that on May 4, Nasarawa State House of Assembly began an investigation into the immediate and remote causes of the protest staged by the students.

Receiving the report at plenary, the Speaker of the House, Alhaji Ibrahim Abdullahi, appreciated members of the committee for a job well done.

He assured that the report would be deliberated upon as soon as the house resumed from recess on July 12.