Over the weekend, a story had gone viral about a possible HIV outbreak in the University of Benin, (UNIBEN) and had thrown the internet into a frenzy.

It all started when a female student of the Department of Basic Medical Sciences during a game of ”anonymous” revealed that she intentionally infected several male students of the department and faculty with the virus. 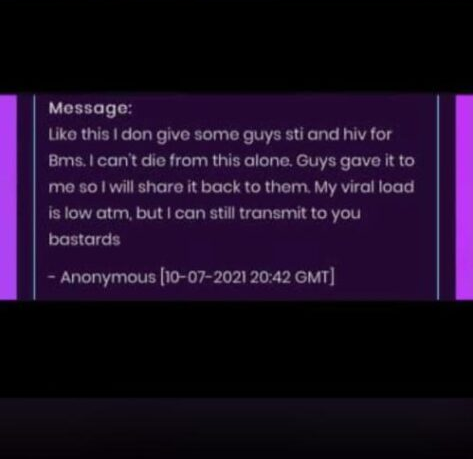 According to her, she wanted to take down as many persons as possible with the virus, as she was also infected without her knowledge.

She, however, noted that “good boys” would be spared as she didn’t want to ruin their lives by transmitting the disease to them.

See a screenshot of the confession below;