In bizarre turn of events, a 100 level student of the university of Lagos has been arrested after conniving with 7 boys to gang rape her female friends after she lost her virginity.

According to a Facebook user Funke Adeyanju who shared the story, her security man alerted her of the incidence and when they got to the said house, 7 boys were caught raping 2 other girls that were beaten and drugged on the orders of their friend. 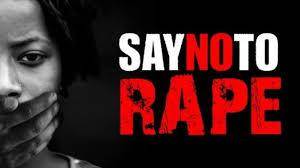 The victims reportedly went to surprise their friend on her birthday with gifts and were offered a drink, not knowing the drink was spiked with marijuana and codeine. Immediately the drug started taking its toll on the girls, the boys pounced on them.

The girl who arranged the crime upon interrogations said she wanted to know if her friends were truly virgins, because they always mocked her since she lost her virginity.

According to Adeyanju, the girls are year one students of the University of Lagos, between the ages of 18-19 years