JAMB reviews claims of biometric challenges in the 2020 UTME

The Oyo State Commissioner for Education, Science and Technology, Barrister Olasukanmi Olaleye has reiterated the commitment of the state government to reposition schools within the state, adding that the government is committed to providing qualitative and free education to all in the state.

The Commissioner who was represented by the Special Assistant to the Governor on Students Affairs, Mr Victor Olojede, made this known during the weekend while speaking at the finale of a week-long program held to commemorate the 40th anniversary of Bishop Onabanjo High School Ashi-Bodija in Ibadan. 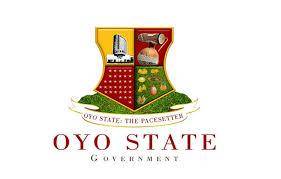 According to him, the government has not deviated from its focus of repositioning schools in the states and is presently putting in place all that is required to achieve its objectives. He added that the government has provided grants to schools to cushion the effect of the ban placed on the collection of fees.

Reacting to the safety of students and staff during the reopening of schools, he maintained that the government has continued to double its efforts in ensuring that students and teaching staff in government schools are safe during the pandemic period.

Also speaking, the pioneer principal of the school, Mrs Modupe Adeleke stated that teachers need to be diligent in carrying out their duties. She also commended the efforts of the old students association of the school for renovating their Alma Mater especially on the commissioning of toilets and e-library.